Was listening to a Boris Groys conversation while doing a bunch of other stuff – he is kind of fun to mull, ponder and contemplate dis/agreements with.
(eg, just because capitalism is using speed, means not that in a free cultural world we should not use it. Just like the fact the capitalists eat and go to restaurants doesn’t mean we, with free rhythms and sequences, should stop eating.. The problem with capitalism, in my view, or some of them, are its power biases and totality which enslave and are intertwined, not each and every practice it is using..)

At some point around 1 hour and 20something into the talk, he mentions the non existence of a “museum of capitalism”.
Surely, I thought, he is totally wrong, there’s one. Where was it..?

Here’s a selected list of links that seemed interesting:

http://www.marxist.com/iraqi-museums-capitalism-culture.htm
http://www.grin.com/en/e-book/120853/towards-the-theorization-of-cultural-logic-of-museums-as-places-of-memory
http://www.economist.com/node/10530034
http://www.atlassociety.org/museum-capitalism (a short note with links to a site and presumably an article – see bellow – both of which lead to error 404s which I thought to be interesting on Various levels*)

http://www.themuseumofcapitalism.com/ – (..its basically a url with a google search form that takes you to google.. Perhaps was done by someone who heard the same talk? Maybe done then bumped into by Boris..?..)
http://marginalrevolution.com/marginalrevolution/2012/10/how-capitalism-can-save-art.html
https://www.sodahead.com/united-states/ddr-museum-a-salute-to-capitalism/question-1367503/?link=ibaf&q=museum+of+capitalism
http://www.cronaca.com/archives/000284.html

(..which basically links to: http://www.lileks.com/money/bureau/index.html ) 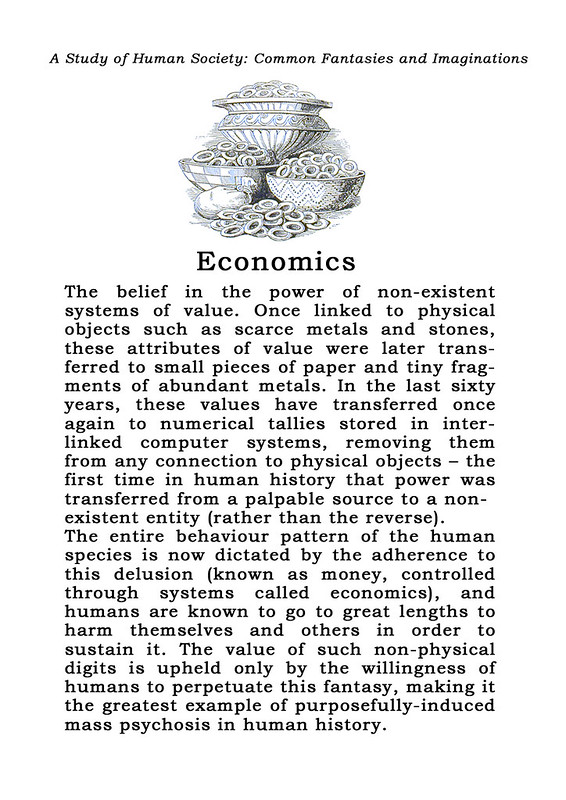 NOTES:
Given the cultural/art context of the Broys discussion, and the link of capitalism to museums, longevity and memory, I think it might also be interesting to consider capitalism itself as a cultural value policy. As an ongoing one.. Not as an underlining state of financial affairs, which might afford various cultural practices to exist, but as a cultural practice in and of itself?

The links above are, in my view, both a result and a representation of a Research. Yesterday, after many questions I have had about difference between searching and researching – (where I argued that researching is regressive and conservative while searching isn’t) – it occurred to me that maybe I’d better question myself via various Search/research pairing..
Here’s the search..

* Error 404 were popular early netDOTart subjects and materials for various projects. Also, in terms of capitalism and its base definition by the potential that is currently UN-fullfilled and full of lack of stuff, eg debt, failure, collapse, etc..