Just had a read/look at the forest bridge proposal (not suggestion??) for london’s tourists, rich and other possible interested parties and individuals. (gee, this line is full of drivel, but hey, need to get on into the meat of this post, no?) 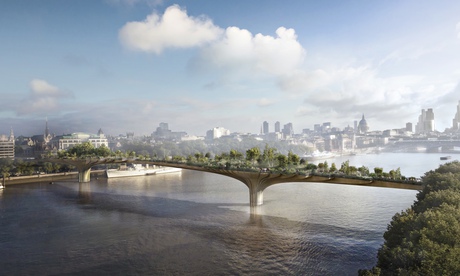 I really wonder whether the making of this image is transforming the imagination into a sort of something that is More than a suggestion but a speculative proposition perhaps.

Maybe a speculation, full and dry?

The images says, in my view, lets See how the imagination of having X bridge will look-like. How the imagination will Be non imagination but an implementation. How we kill the imagination of if forest+bridge+london as an imagination sequence that might be in and of itself, a body and an embodiment – and make it in a need for a different body and an embodiment… In that sense, in my mind, this image represents a kick into how imagination operates in and of itself as an independent element.
The image, and I have done such mistakes as well, illustrates an If – but does more than that, it comes to say: Look, I have been considering all these aspects of Actualisation of an If sequence, give me the dosh and I’ll make it!

An if imagination, in my mind, goes into a different time, rhythm and sequences. Into the particularities of the imagination itself rather than its implementations. eg if london, how is the london in this if? eg if walk from southbank to soho. if london bridge to westminster bridge? if urban particulars linked by intervals? and so on..

This way perhaps we can make a different sort of sequence, of intervals in urban environments?

the question in mind is HOW these are to be imagination and shared among elements rather than be communicated and/or become something to Be only if it is not an imagination any more.. 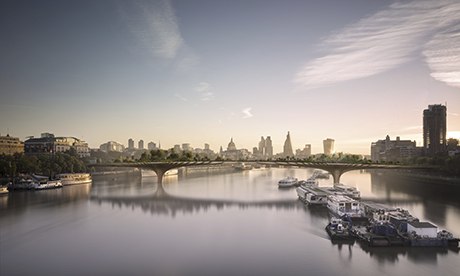 if/speculation and then(suggestion – or is it the other way around??

I think it is the other way around, no?

if – if i drink water and sugar (I know that i can at least imagine water and sugar, because i, err, just did. In the same way i can IMAGINE, conjour in my inner perception, moon and sugar. IF MOON & SUGAR. If banana shaped space, etc.
These are only in the language and realms of imagination as is for and from itself because these suggest a certain friction between X elements..

If there was a THEN, or Once there is a then, perhaps a speculative element comes in. If Moon and Sugar, then we might lick the moon and it will taste sweet. Or Then we might find a lot of sugar on the moon. Or Then you might be Mad to consider that the moon and sugar can mix without human intervention. etc.

on the other hand, the IF AB, eg, IF MOON & SUGAR might also have a suggestive responce as well:
eg – if moon and salt, if moon and cinnamon, if every moon has a spice to mix with, if not the moon but pluto as a sort of solar system moon and sugar as a moon for food?

eg
say it is a suggestive sequence:
if, while, once.
eg:
if ab
while ab
once ab*

* am a bit cautious re once because it might also be speculative as it can refer to a future ab..

From this view, suggestive, while pointing towards a future – if a and b got to be together/occured – it is suggesting them rather than producing a speculation re longevity, viability, or otherwise. Indeed, the very production of subsequent speculation is, partially, a vindication of the operationability of the suggestion.

THe only thing here is that the suggestions are pretty limited in their ways and the speculation they might arouse.